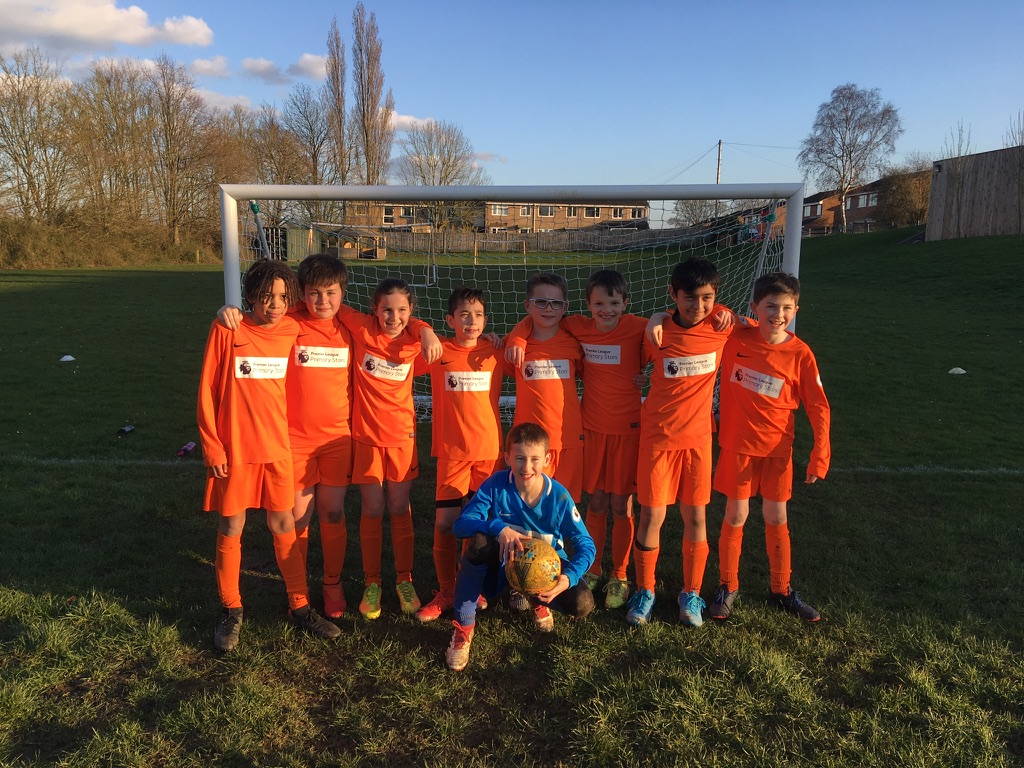 Yesterday our A-team took part in the Wix Cup final against Samuel Lucas. It was a perfect sunny afternoon, with a big crowd out to support both teams.

This was a very tough match against extremely good opposition. We got off to a good start having a lot of the ball and making some good passing moves, in the first 10 minutes. Samuel Lucas then got a corner, which was finished with a great header, giving them the lead. With the end of the first half drawing near, William took a short goal kick to Josh who played a great diagonal ball to Marley. Marley was able to beat the defender and slot the ball home, finding the bottom corner.

As the second half started, both teams worked hard. The quality of football on display was very impressive and it was a tight game. After a period of pressure our captain found himself in some space. Marley used the space well to take on the shot, which he fired past the keeper. William Ransom then worked extremely hard to defend their lead. All players put all of their effort into keeping Saumel Lucas out and every single one of them did not stop running. Combining this with a dominant goalkeeping display from William, we were able to keep our lead and were even pushing forward right at the last kick of the game.

Samuel Lucas played a great game and we were very happy to finish with the win. Mr Maranian, Mr Sears and Mr Vincent were very proud of the whole squad, who have all played a part in getting to the final and supporting the team throughout. WR now move through to the County stage of the Wix Cup, with the quarter finals towards the end of the month.

You may be eligible for free school meals. Check here or speak to a member of staff.

A printed copy of any of the information on this website can be provided by the school office for free.